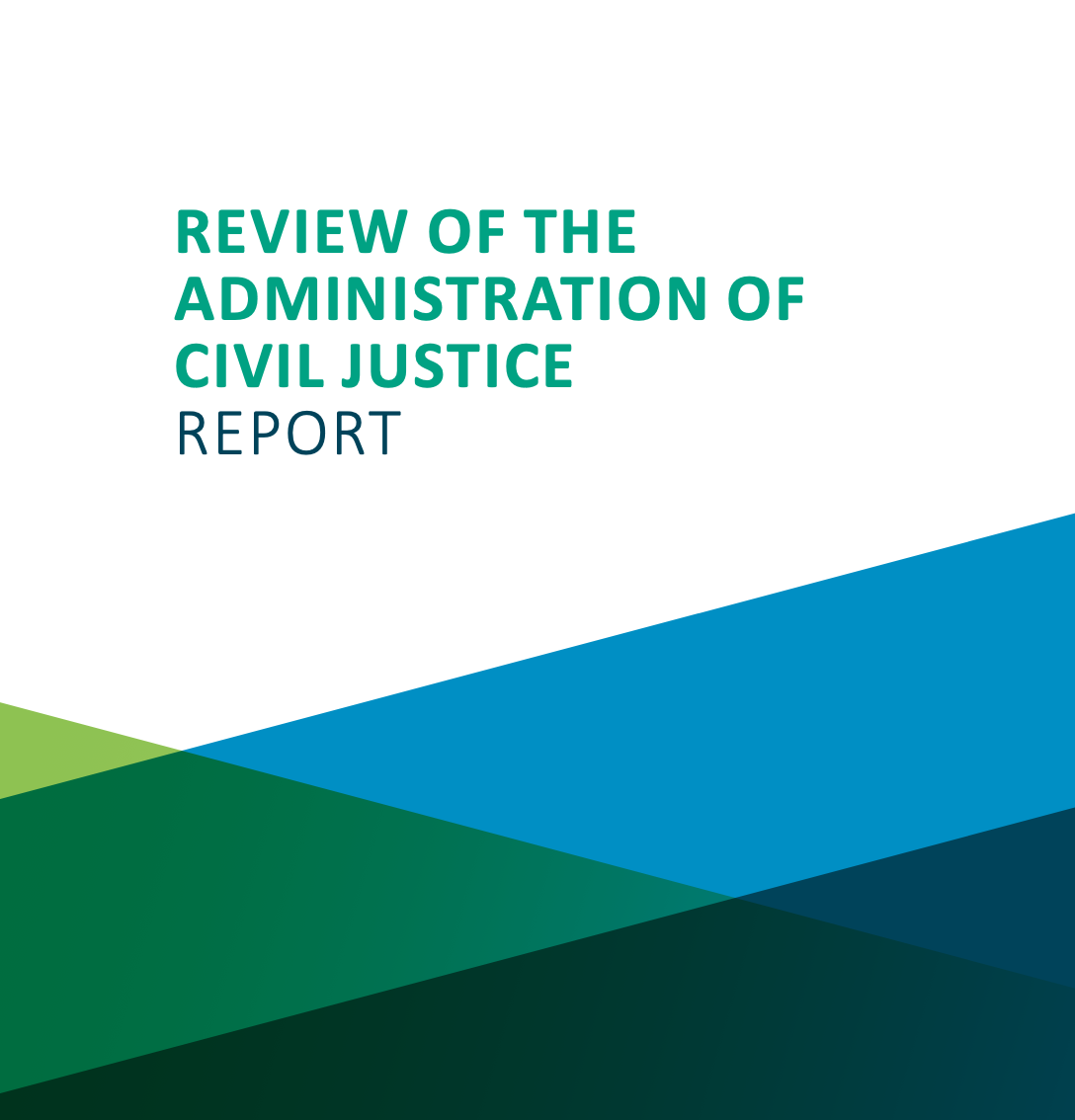 I recently wrote about efforts to curtail access to the courts to test the legality of environmental authorisations. Now there are more proposals to limit judicial review in Ireland.

The proposals come from the report of the Review of the Administration of Civil Justice, led by Mr Justice Peter Kelly, recently retired President of the High Court. The Review Group’s remit was to examine the current administration of civil justice in Ireland, with a view to nine objectives.

The 474-page report was published on 7 December. If they are implemented, many of its wide-ranging proposals will improve access to justice, modernise court procedures, reduce cost and delay, and accomplish the other objectives in the remit.

But some of the proposals on judicial review would curtail access to that remedy.

Judicial review is how the High Court reviews the legality of decisions and actions of those who perform public functions. It is mainly regulated by the common law. Legislation regulates some judicial review, for example in planning and environmental, and international protection, immigration and asylum matters. In its recommendations on judicial review, the report is mostly concerned with the first kind: common law.

To ask for judicial review, you must first get the High Court’s permission. That isn’t required for other types of court proceedings.

So it’s a two stage process. First, you apply to the High Court for ‘leave’ to apply for judicial review. This first application is usually ex parte, without the other side (the respondent) present. The court can require that the other party be given notice of the application for leave and be heard on it.

If you get leave, you can then go ahead and apply for judicial review, on notice to the respondent (and sometimes to others who are affected).

One or two stages?

In a detailed submission to the Review Group on behalf of the Court of Appeal judges, Ms Justice Mary Irvine suggested doing away with the ‘leave’ stage, collapsing the two stages into one. (Judge Irvine was subsequently appointed to the Supreme Court, and then succeeded Judge Kelly as High Court President.) She said the leave requirement

adds little or nothing to modern judicial review practice, save that it represents a burden on the judicial system and adds to costs.

She pointed out that the need for leave had been abolished for public procurement challenges. We’ll come back to that.

In its 2014 Report on Judicial Review Procedure, the Law Reform Commission had also considered doing away with the leave stage. It noted:

At one level, the leave stage is part of the respondent’s armoury put in place to act as an obstacle in the path of the applicant. Other components of this armoury might include inter partes hearings as well as the imposition of a high standard on the applicant at the leave stage. The interests of society may justify such an unlevel playing field as the respondent is often a limb of the State ostensibly acting for the common good and with matters involving the public interest at stake. (¶1.08)

The Commission concluded that the leave requirement had a beneficial effect in filtering out hopeless cases, outweighing the problems caused by the extra stage.

The standard for leave

To get leave for common law judicial review applicants have to show that they have an arguable case. Legislation for some kinds of judicial review provides that leave can only be given when the applicant establishes ‘substantial grounds’. The Review Group thought this didn’t go far enough. For common law judicial review, it recommended that the court should give leave only when the applicant satisfies it that the claim has both ‘substantial grounds’ and a ‘reasonable prospect of success’. And it recommended considering ‘reasonable prospect of success’ as a layer in the filter for statutory judicial review too.

Compare the standard to which a claim must be stood-up to get:
or

To obtain an interlocutory injunction (a court order usually preventing the other party from doing something, until trial and judgment), you do not have to convince the court that the case has a reasonable prospect of success, or even substantial grounds; not even a prima facie case. As far as the merits of the claim are concerned, you only need show that there is a fair question to be tried. Then, if the balance of justice favours it, the court will issue an interlocutory injunction until trial.

It would be odd if, for one kind of case, you need to show a reasonable prospect of success even to get in the courthouse door; when in other cases you can get an injunction without even showing a prima facie case.
Review of public procurement decisions is in the second category. Commencement of a procurement review case suspends the award of a public contract not yet awarded. The interlocutory injunction standard governs requests to lift the suspension. So to maintain the suspension, the applicant only has to jump the low ‘fair question to be tried’ fence.

Differences, even anomalies, are inevitable in an array of remedies that has developed over hundreds of years. A review of the system gives an opportunity to establish some coherence.

Applicants for judicial review have to show that that they have a ‘sufficient interest in the matter to which the application relates’. The Review Group proposes to raise the bar from ‘sufficient’ to ‘substantial’ interest.

The report is very brief on this, just a few lines giving one reason: the change would accord with a number of statutory provisions. The only one cited is the Transport (Railway Infrastructure) Act 2001, §47 A(2)(b). The reference is to the amendment made by the Planning and Development (Strategic Infrastructure) Act 2006, §49, which added the the ‘substantial interest’ requirement. But it was changed to ‘sufficient interest’ in the European Union (Access to Review of Decisions for Certain Bodies or Organisations Promoting Environmental Protection) Regulations 2014 (SI 352/2014) reg 10. That was to give effect to Directive 2003/25 EC, part of the legislation to implement the Aarhus convention.

The State must have considered that the higher ‘substantial interest’ requirement did not comply with Ireland’s EU and international obligations.

The report suggests that judicial review should not be available to rectify minor errors unless the applicant has first tried to have the court or body that made the decision fix the error. Where this solution is available (it isn’t always), it is sensible.

And the report recommends a (much-needed) tightening-up of time limits and procedures to avoid delay in hearing of applications once leave is given.

On an ex parte application, the applicant has a duty of utmost good faith to set out all relevant matters, including any that are adverse to the applicant’s case. Adam v Min for Justice [2001] 2 ILRM 452 (SC); Practice Direction HC81, para 7E(a) and Explanatory Note.

Campus Oil v Min for Industry [1983] IR 88 (SC), following American Cyanamid Co v Ethicon [1975] AC 396; Merck Sharpe & Dohme Corp v Clonmel Healthcare [2019] IESC 65. Whether there is a fair question to be tried can include consideration of whether the case will get to trial.

For public contracts regulated by the EU procurement directive, the review is governed by the European Communities (Public Authorities’ Contracts) (Review Procedures) Regulations 2010 (SI 130/2020) and a separate court rule: Rules of the Superior Courts, Order 84A. The Law Reform Commission 2004 Report on Judicial Review Procedure questioned whether this is strictly judicial review.  ¶1.11.