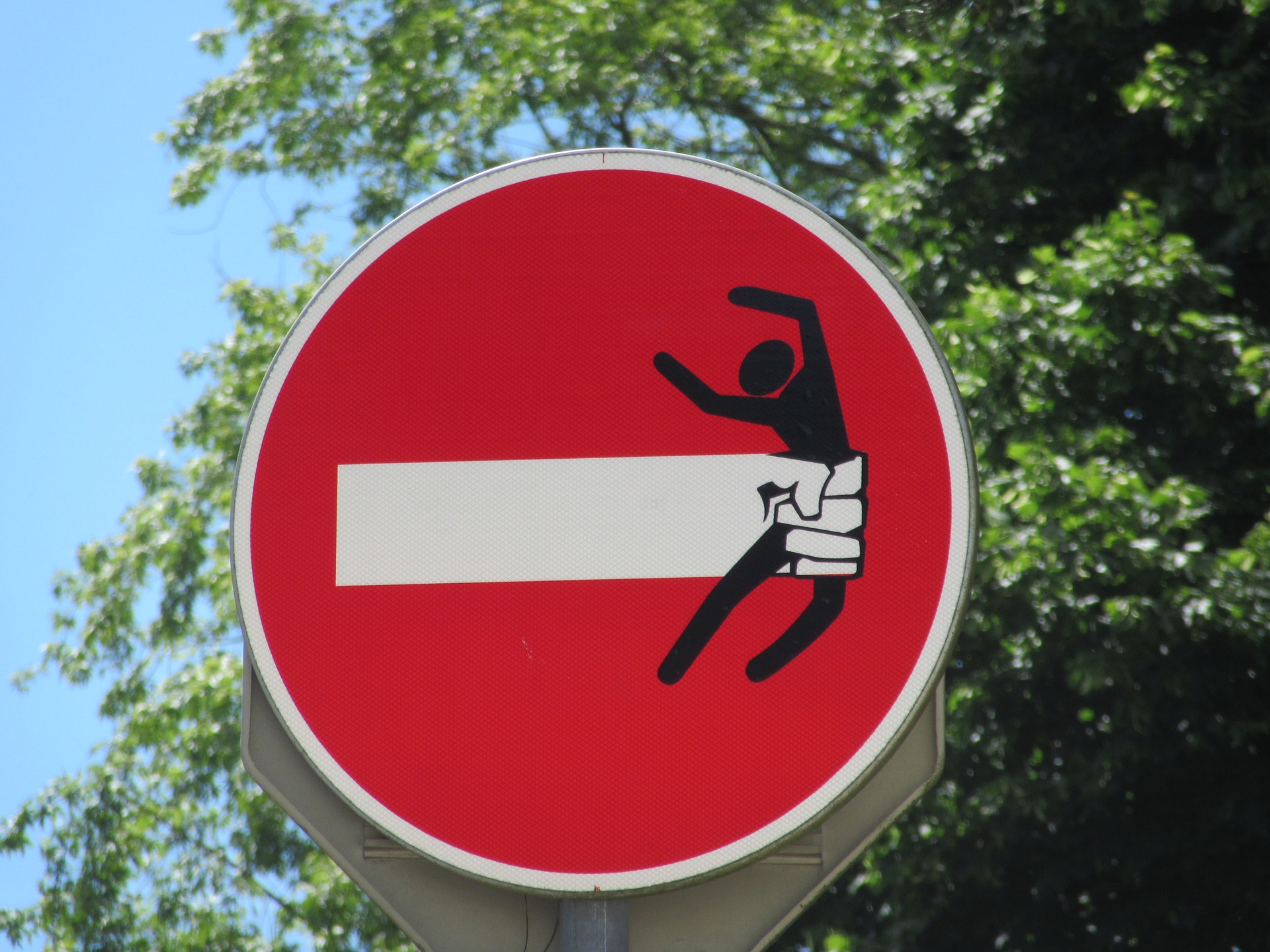 Image by Mathias K from Pixabay

Big Dublin law firms are debating court system changes.
Where will they stand on access to justice?

Corporate law firms steer clear of controversial issues. When they lobby in their own name, it is usually on the finer technical aspects of legislation and regulation of general concern to their clients. But some of the State’s biggest firms recently spoke out on changes in aspects of civil justice.

A&L Goodbody (where I was a partner until earlier this year) recently lobbied Minister for Justice Helen McEntee to remove juries from defamation cases, because their damages awards are ‘excessive.’ This followed an article by partner Kenan Furlong entitled Time to say goodbye. An expert in the area, he argues that jury trials make defamation cases slow and expensive, with appeals against high jury awards further adding to the delay and cost.

McCann FitzGerald partner Karyn Harty, wasn’t convinced. Harty is a media law expert who frequently defends defamation cases. Don’t shoot the messeger, she wrote, arguing that juries are well able to assess credibility, authenticity, and attitude, and to grasp legal concepts that are explained to them.

They are also, let’s face it, often far better attuned to and comfortable with digital media, ‘tabloid’ journalism and on-line forums than some judges might be.

Almost 30 years ago the Law Reform Commission recommended keeping juries in defamation cases, but giving the judge the job of assessing damages. Then, as now, the main criticism of juries was that their damages awards were too high. This is a separate question from whether the words said or written defamed the person bringing the claim. That has to be decided according to how a ‘reasonable person’ would understand those words. The Commission said:

It is a valuable feature of the present system that the ultimate decision as to whether the words are in fact defamatory is decided by a group of lay people rather than a judge.

In its consultation paper the Commission favoured the jury deciding how an ordinary person would understand the words to mean: the jury gives flesh to the standard of the ‘reasonable man.’

The Defamation Act 2009 retained juries to decide liability but also damages in High Court defamation cases. The then Minister for Justice, Michael McDowell told the Seanad that it would be difficult for a judge who disagreed with the jury’s verdict to assess damages.

Furlong acknowledges the point the Law Reform Commission made:  that a jury is best placed to decide whether a publication is defamatory and what it really means; and also the constitutional right to good name. But, he says, judges can vindicate that right, which

must now be balanced against the chilling effect the current system must have on investigative journalism and, more generally, on the melting iceberg that is mainstream media.

Mainstream media certainly has a vital role in gathering and reporting news, and sorting out truth from spin. (Here is just one recent instance. But wouldn’t chilling be good for a melting iceberg?)

Maybe the Law Reform Commission had it right: retain the jury to decide what is defamatory, and trust a judge to assess damages, even if she disagrees with the jury. As well as making the the ‘reasonable person’s understanding’ real, public participation in the justice system has value, including promoting public confidence in it.

Arthur Cox also stepped into the public arena with KPMG in a joint paper entitled Accelerating the National Development Plan, written by partners Aaron Boyle and Michele Connolly. They are highly respected experts in infrastructure law and finance. The paper makes several proposals to facilitate private investment in public infrastructure, and speed up delivery of projects.

The proposals include further curtailing who is allowed to ask a court to rule on the legality of developments.

The law already limits who can seek judicial review of development consents. First, you need to ask the court for leave to apply for judicial review. The requirement of  permission to start the case is unique to judicial review. To get leave in planning cases, you have to show that there are ‘substantial grounds’ for contending the decision or act to be reviewed is unlawful or should be quashed. And you must either —

The authors propose to tighten these ‘standing’ limitations further—

As they point out, these new barriers (and others besides) were proposed in the 2019 General Scheme of Housing and Planning and Development Bill. Several submissions criticised the proposed bill. The Law Society said that it would  ‘severely restrict access to justice‘, a right guaranteed by the Constitution and the European Convention on Human Rights.

Whether the new government takes this forward remains to be seen. The Programme for Government refers to a review and reform of the judicial review process, to take effect on the formation of an environmental and planning law court, ‘while always adhering to our EU law obligations under the Aarhus Convention’.

The government parties are certainly right to refer to EU law obligations and the Aarhus convention. This convention guarantees access to environmental information, public participation in decision making and (importantly here) access to justice in environmental matters. The Law Society and others including the Environmental Pillar and Community Law and Mediation (whose board I have since joined) make a compelling case that these proposals could or would infringe Aarhus, the EU Charter of Fundamental Rights, and the European Convention on Human Rights. And have a ‘chilling effect on environmental litigation’ and ‘seriously damage environmental oversight and democracy in relation to bad and unlawful planning decisions.’

They point out that communities often don’t get enough advance notice of a project to set up an organisation 3 years before a leave application. The reference to ‘pop-up NGO’s’ doesn’t advance an argument — any more than calling new single purpose project companies ‘pop-up developers’.

Last month, the European Commission identified as a priority that member states revise their laws to remove any barriers to access to justice ‘such as restrictions on legal standing or disproportionate costs’.

In Ireland, the law was changed in 1976 to allow individuals, not just planning authorities, apply to the courts for an injunction to stop an unauthorised developments. The Arthur Cox/KPMG paper proposes to reverse this, and limit these court actions to to planning authorities and those who are directed affected. It says that individuals, unless directly affected, should not be involved in enforcing planning law, because ‘public authorities are the guardians of the environment.’

In the Supreme Court, O’Donnell J recently  recently attributed the opposite policy to the Oireachtas. The 1976 change

More broadly, the European Commission said in its recent communication that access to justice is important to deliver the European Green Deal and a way to ‘strengthen the role which civil society can play as watchdog in the democratic space.’

So planning authorities are not the only guardians of the environment. It is a fundamental principle of international, EU, and Irish law that individuals and civil society also have an important role. We all do.

In Ireland, FLAC and others  have worked for more than 50 years on access to justice (including access to information, advice, and representation; fair and effective procedures, decisions, and remedies; and removing procedural, physical, and financial barriers). In the absence of adequate state-funded civil legal aid, justice remains beyond the reach of many — especially people experiencing disadvantage through denial of rights that should be legally enforceable. Chief Justice Frank Clarke has spoken on this several times.

A&L Goodbody, McCann FitzGerald, Arthur Cox, and other law firms help realise access to justice by important pro bono work. KPMG too has a long-standing commitment to sustainability and respect for human rights.

Consistent with these commitments, and now that they are speaking out on these issues, it would be good to see law firms adopt public positions supporting access to justice.