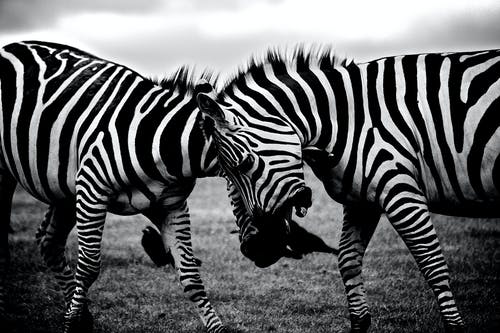 I’ve written another post about the new Irish private sector contract, which was launched on 15 September. Overall, the new PSC is a positive initiative. Here I want to discuss one aspect: disputes.

When contracts are being negotiated, often not much attention is paid to the machinery for resolving disputes. That’s dangerous. You took the trouble to negotiate the terms. If you need those terms to be enforced with more than persuasion, that machinery is what does it.

In the PSC, the parties commit to resolve any disputes ‘in a speedy and proportionate manner.’  There is a 3-step process. Alongside the contractual steps, payment disputes can be resolved temporarily by adjudication, which comes from the law, not the contract.

The first of the 3 steps is direct negotiation. Like in the public works contracts, the parties can set up a project board, a which is a forum, not a decision-making body.

The public works contracts limit the project board to resolving disputes that have already started. (I’ll write another post about what it takes for a disagreement to become a dispute.) And not even all disputes, only disputed determinations of contractor claims. My experience is that the project boards (with or without standing conciliators in the chair) have not succeeded in resolving many disputes.

The PSC project board has a broader role:  ‘seeking to minimise the impact of disagreements and disputes’ on performance. The members —

If there is a project board, there is to be a ‘standing conciliator’ who may attend and chair the project board if the parties agree that.

The second step is conciliation, which is for actual disputes. Any dispute which has not been referred to adjudication can be referred to conciliation. Conciliation is a hybrid process. It is confidential. It works best as mediation — a independent person helping the parties to negotiate an agreed settlement. The RIAI guidance says conciliation is mediation. In a general sense I agree, but I think it’s not mediation within the Mediation Act 2017.

Conciliation has an extra element. If the parties can’t settle the dispute by negotiation, the conciliator makes a recommendation. The recommendation is usually not binding: either party can reject it within a stated period. But the PSC, like the public works contract, makes a conciliator’s recommendation temporarily binding. If the conciliator recommends that one party pay money to the other, the money has to be paid. The dispute isn’t over, and can still go on to arbitration. If the outcome of the arbitration is that the party who got the money wasn’t owed it, or all of it, the overpayment has to be repaid.

In the public works contracts, there are two conditions that the party who ‘won’ at conciliation must satisfy before getting the money. It must refer the dispute on to arbitration. And it must provide a bond for the full amount being paid. The bond secures the obligation to repay this amount, or some if it, if there is a different outcome in arbitration.

The PSC gives less protection to the party who has to make an interim payment. The payee does not have to refer the dispute to arbitration. It can take the money and leave it at that. It is probably possible for the payor to refer the dispute to arbitration. But it is an odd arbitration where the ‘claimant’ is the one resisting the claim — and likely to be on the back foot.
Also, under the PSC, half the recommended amount has to be paid over with no bond as security. A bond is only required to get paid the other half. The amount of this bond is half the amount to be paid. Thus, if the party required to make the payment wins in arbitration, and the other party cannot afford to repay the unbonded advance, it will not be repaid.
More fundamentally, this mechanism is no longer needed. The public works contracts introduced binding conciliation as a way of making cash flow, before adjudication was available. Adjudication can now be used to resolve disputed payment claims quickly albeit temporarily, so cash can flow.
When conciliation is binding, the mediation aspect almost disappears. Most contracts and rules allow about six weeks for conciliation. But most conciliations take longer. Parties often treat conciliation as mini-arbitration. There are lengthy exchanges of evidence, submissions, even expert reports. There are shouty, acrimonious meetings (often called ‘hearings’) at which argument is addressed to the conciliator. If negotiation takes place at all, it is incidental and half hearted. The main object is an advantageous binding recommendation, not a settlement.
This doesn’t happen in mediation. In a sense, a mediator’s power comes from lack of power. The parties retain the power, and the responsibility, for resolving the dispute themselves.
The PSC’s final dispute resolution machinery is arbitration. It’s not entirely clear from clauses 13.3.1 and 13.3.2 whether a dispute can be referred to arbitration without first going through the conciliation gate. If the amount sought is less than €1 million, the Engineers Ireland 100 Day Procedure is used.

Suggested tweak: go back to non-binding conciliation and use it to prevent disputes

The PSC’s sponsors have wisely set up a standing committee to manage the contract and make amendments. Here is a suggestion.

A multi-tier process makes sense, including the  provision for addressing disagreements before they become disputes. This follows a current trend in standard contracts, with a focus on avoiding as well as deciding disputes. For instance, the 2017 2nd edition of the FIDIC  red, yellow, and silver books have given the former dispute adjudication boards the new title dispute avoidance and adjudication boards. The DAB has become the DAAB. As well as adjudicating disputes as part of the formal process, the DAAB may, if jointly requested by the parties, help them resolve any ‘issue or disagreement,’ and hold informal discussions.

The NEC4 Engineering and Construction Contract has optional clauses for referral of disputes to senior representatives (similar to the project board). There is also an option W3 which requires that ‘potential disputes’ be first referred to a dispute avoidance board, whose job is to make a ‘recommendation for resolving’ potential disputes before they become disputes. The dispute cannot be referred to litigation or arbitration unless a recommendation has been made and rejected by a party.

It seems to me that conciliation could be similarly extended to issues before they become disputes. It could be deployed as a dispute avoidance device, rather than to give temporarily binding decisions — there adjudication for that.

Here is some suggested drafting that:

The parties agree to use their best endeavours to resolve any disputes and issues that may arise between them in a speedy and proportionate matter.

The parties shall see to it that the meeting takes place within two weeks after one of them has requested it, and is attended by their respective senior representatives (that is, the chief executive or most senior executive in Ireland or another senior executive designated by him or her). The parties shall act reasonably in requesting and providing proposals and information before the meeting. The Employer’s Representative, the Contractor’s representative, others whose attendance may be helpful, and the standing conciliator (if the parties appoint one), or any of them, may attend to assist the parties if both parties agree. The meeting, and information provided for the meeting, shall be without prejudice. Any agreement shall be put in writing and signed on behalf of both parties.

may be referred by either party to conciliation to be conducted in accordance with the Engineers Ireland Conciliation Procedure 2013. [References in the Conciliation Procedure to ‘dispute’ are taken to include an issue so referred.] Any recommendation shall become final and binding unless a notice of dissatisfaction is given by either party to the other within 21 days of receipt of the recommendation.

Conciliation shall be conducted on a without prejudice basis. This applies to a recommendation to which a timely notice of dissatisfaction is issued.

A conciliator appointed under clause 13.1.2 or 13.2.2 shall act as conciliator for all issues referred to conciliation unless the parties agree otherwise or the conciliator is unwilling or unable to act. The parties may jointly terminate the appointment of a conciliator and appoint a replacement.

If a dispute referred to arbitration involves substantial issues that have not been referred to conciliation or adjudication, the parties shall engage in mediation (of the whole dispute referred to arbitration) under the Engineers Ireland Mediation Procedure 2011. For this purpose, no further step shall be taken in the arbitration for 4 weeks after the Notice to Refer is delivered, unless emergency relief is sought or the parties agree not to proceed with or to terminate mediation. Failure to comply with this clause 13.3.2 has no effect on the validity of any arbitration award.

Unless a Notice to Refer includes a claim for more than €1,000,000, the arbitration shall be conducted in accordance with the Engineers Ireland 100 Day Arbitration Procedure.